9 Of The Best Food Trucks In The Country 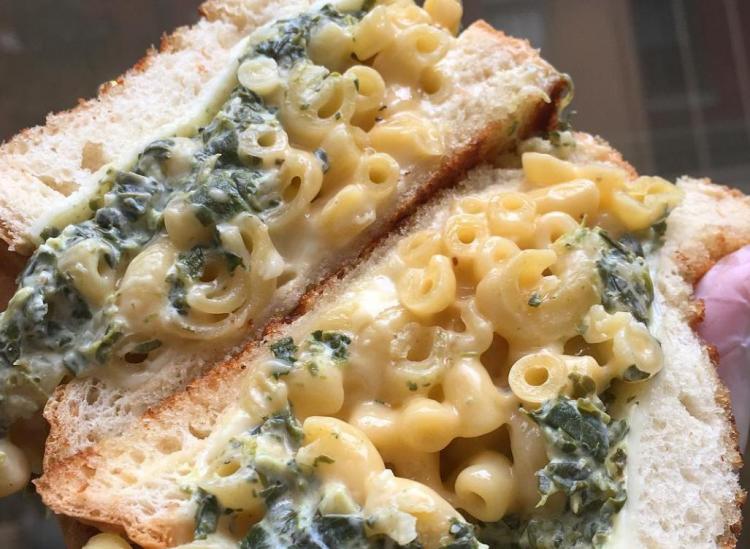 Food truck culture has changed significantly since its inception. The idea of the food truck has been around for decades, but the phenomenon we know today was more recently pioneered by Roy Choi’s Kogi BBQ truck in Los Angeles less than ten years ago. Today, food trucks are known for fusing cooking styles and innovating with popular comfort foods.

Food trucks allow customers to try cuisines they’d otherwise have to travel for. It doesn’t look like there’s an end in sight to this trend and we’re not mad about it. Here are nine of the best food trucks in America.

Founder and chef Josh Sacks introduced his barbecue on the streets on New Jersey in 2012. The menu at Oink And Moo BBQ fuses flavors and techniques from all around the country. The truck has its very own smoker on board. The sauce it uses succeeds at being the ultimate combination of mesquite and sweet tang with a hint of brown sugar.

Oink And Moo specializes in sliders along with ribs, chili and BBQ tacos. Locals say the mac and cheese and cornbread are both must-haves. The Daily Meal voted Oink And Moo BBQ as number one on the list of “101 Best Food Trucks In America 2016” and runner up in 2017. You can find Oink and Moo around Florham Park, New Jersey and Philly. Who says you can’t find killer barbecue in the Garden State?

There’s also a winning sandwich called “Return Of The Mac,” which is mac and cheese smushed between buttered slices of Texas toast with melted cheese. The best part about Mac Mart is that you can build your own mac and cheese with 25 or more add-ins to choose from.  The Mac Mart Cart, known for its “Not Your Mamma’s Mac,” also has a powerful social media presence. It has two brick-and-mortar locations in Philly as well.

Sunny Lin and Sophia Woo opened the Asian-inspired food truck Pho Nomenal Dumpling in Raleigh, North Carolina in 2014. Only one year after launching, the lavender accented truck entered Season 6 of The Food Network’s Great Food Truck Race and won. With the $50,000 prize, Pho Nominal Dumpling has come a long way since its launch. The truck offers signatures like the pork-chive dumplings, Taiwanese Spaghetti and the Cheerwine Bulgogi Sloppy Joe with thinly sliced beef, a secret marinade, Hawaiin bun, kimchi and homemade sriracha mayo. A brick-and-mortar location opened in Raleigh called Mofu Shoppe with a menu of Southern foods with an Asian twist.

Snowday is a food truck on a mission. It’s the first food truck by Drive Change — a hybrid profit and not-for-profit that uses the food truck workplace to run a one-year fellowship for young people who are returning back from jail or prison. The goal is to find these young people other employment and educational opportunities afterward. Snowday is an “urban sugar shack on wheels.” Everything is maple syrup themed, sustainable and locally sourced. All sales from the truck recycle back to the organization.

The Kogi truck is what put Korean American chef Roy Choi on the map as one of America’s most pioneering chefs and one of the founders of the food truck movement. Choi’s signature dish, the short rib taco — two crispy griddled homemade corn tortillas, double-caramelized Korean barbecue, salsa roja, cilantro-onion-lime relish and Napa Romaine slaw with a chili-soy vinaigrette — has become one of LA’s most iconic dishes. Choi calls it “Los Angeles on a plate.”

The Kogi truck started on the streets of LA in 2008 when Choi and a friend decided to fuse Korean barbecue with Mexican tacos. The food truck also has kimchi quesadillas, the “Pacman Burger,” sliders and the Kogi Dog, among other items. In addition to multiple food trucks, there’s a brick-and-mortar location called Kogi Taqueria and you can find the whole food truck and Taqueria menu inside Whole Foods Market in El Segundo.

This unassuming food truck is worthy of the hype. It’s been named NYC’s number one burger truck, which is saying a lot. If you want the full truck experience, plan for a decent trek. The owner, Andrew Zurica, seems to park his trucks in somewhat remote sections of Brooklyn. Zurica doesn’t get fancy when it comes to making his burgers. He believes that simplicity is the key to a good burger along with a greasy grill and a butter wheel for lathering up the buns.

Zurica refuses to serve his burgers well-done, always medium to medium-well. The signature griddle-smashed burger is a double cheeseburger blanketed with American cheese and topped with caramelized onions and bacon. Now there are two brick-and-mortar locations you can go visit if you don’t feel like trekking to the truck.

Sam Barron and Sarah Weitz are the culinary brains behind the revered Chicago food truck The Fat Shallot. The couple’s food truck is known for its gourmet sandwiches around The Windy City. Consistency is a huge part of The Fat Shallot’s success. Even though it makes hundreds of sandwiches a day, it still manages to keep all of its food at the same level of freshness. The menu ranges from truffle BLT’s on challah to spicy sesame fries with sesame aioli and black sesame seeds. There’s a permanent spot at Revival Food Hall where the spot has its signature gourmet sandwiches in an airy sit-down space.

Voted best food truck in Miami and number one food truck in America by the Daily Meal, Ms. Cheezious celebrates everything we love about grilled cheese. There are 18 styles of grilled cheese ranging from the “Mackin Melt” with gouda mac and cheese and house-cured bacon on sourdough to the “Grilled Harvest” with spiced apples and havarti on multi-grain bread to the short rib melt with jack cheese, pickled onions and arugula.

There’s also the “S’mores Melt” if you want something on the sweeter side. If you’re feeling in a creative mood you can build your own with whatever bread, toppings, cheese and sides you want. In addition to the truck, there are two brick-and-mortar locations, one in Miami and one in Coral Gables, Florida.

The award-studded Arepa Zone is respected for its Venezuelan cuisine that moves through the streets of D.C. The Arepa Zone was the first Venezuelan food truck to hit the capital, selling a wide variety of cachapas (sweet corn pancakes), tequeños (fried breaded cheese stick) and arepas (grilled corn patties) stuffed with all kinds of cheeses, meats and veggies. Customers can choose from around 13 combinations. Plus, all of the arepas are gluten free. While the food truck is on the move, there’s a permanent location at Union Market.