13 European Desserts You Need To Try At Least Once 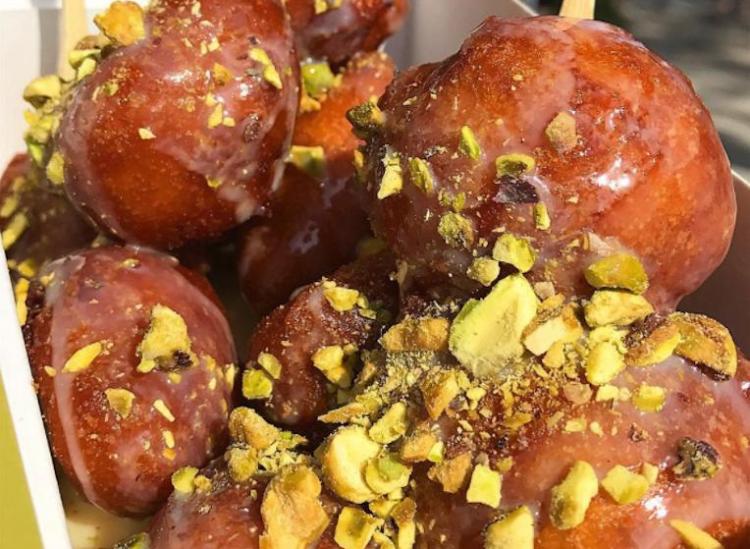 You could go your whole life without knowing all of the amazing local desserts that exist in the world, but that would be a shame. It’s time to break out of your dessert bubble and experiment. Here are 13 European desserts that you need to try at least once in your life.

This English dessert is a pie made from bananas, cream and toffee. It’s either made from crumbled biscuits and butter or on a pastry base. Sometimes it’s called banoffee or banoffi.

Similar to a donut, but minus the hole, Berliners are made from sweet yeast dough that’s fried in oil and stuffed with some kind of marmalade or jam, and then topped with icing or powdered sugar.

Cremeschnitte is a Chantilly and custard cream cake that’s popular in several Central European countries, specifically in Croatia. While there are all kinds of variations of this dessert, there’s always some kind of puff pastry base and custard cream involved.

This Turkish mastic ice cream is made with cream, salep, mastic and sugar. It’s known for having a hard texture and a resistance to melting from the thickening agent called salep. You’ll see street vendors in Turkey holding the ice cream upside down and putting on a show for customers. Dondurma’s elastic nature makes it a pretty entertaining dessert.

This Turkish pastry is made of deep-fried dough that’s soaked in syrup, chocolate sauce or honey, and topped with cinnamon, sesame seeds or some kind of grated nuts.

This chocolate-covered candy, filled with soft meringue or milk soufflé, is one of the most popular confectioneries in Poland.

Don’t be alarmed by the name, spotted dick is a steamed British sponge pudding that’s made with suet and dried fruit like currants. You’ll see it served a lot of the time with creamy custard.

This German fruit bread has nuts and spices along with dried or candied fruit. The whole thing gets coated with powdered sugar or icing sugar. Stollen is especially popular in Germany around Christmas time.

These Croatian peach-shaped cookies look like tiny little peaches and they’re stuffed with a cocoa, rum, jam and walnut filling.

Portuguese egg tarts, or pastel de nata, have a flakey pastry on the outside and a filling of heavy cream, sugar and egg yolks. They’re usually cooked in a very hot oven, popped out of their molds, sprinkled with cinnamon and eaten with a cup of coffee.

If you like cake, walnuts and sweet syrup, this Greek cake is right up your alley. Certain variations of the recipe use orange zest, cloves, brown sugar, spiced rum or cognac.

These Italian pastries, native to Campania, sort of resemble a lobster tail. The outside pastry is shell-shaped and inside is a rich semolina and ricotta filling.

This classic fruity English dessert is a combination of strawberries, broken meringue and whipped heavy cream.