Here’s Where You Should Go For Oktoberfest, And We’re Not Just Talking Germany 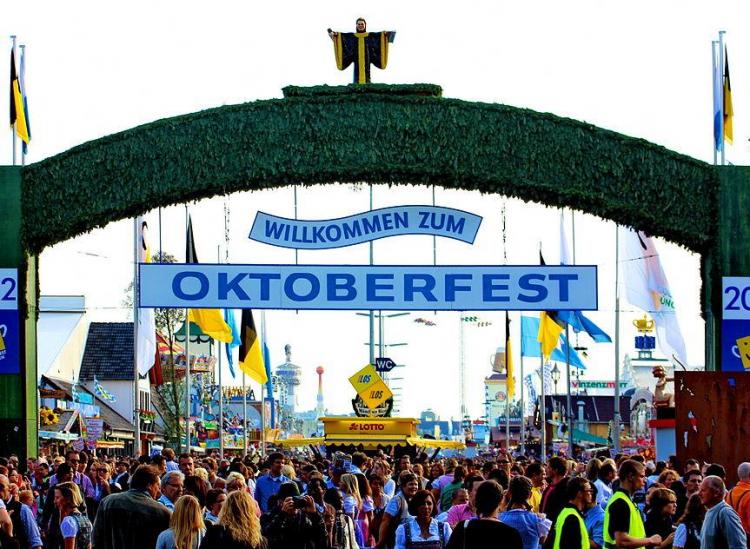 You don’t have to trek to Germany to experience the best Bavarian beer festival this fall.

Whether you can buy a ticket to Munich or want to stay stateside, below is a rundown on where to go for Oktoberfest. So raise a glass of your favorite German beer and get started on your festival planning.

America’s largest celebration is Oktoberfest Zinzinnati (September 15 to 17). It’s a massive fair: more than 500,000 beer drinkers are expected to hit the streets of Ohio this year and the state’s Chamber of Commerce boasts that the festival serves 80,000 bratwurst, 23,000 soft pretzels and 6,000 giant pickles.

NYC has four big festivals to celebrate the season with some brews: Watermark Oktoberfest (September 15 to October 3), Oktoberfest in Central Park (September 16), Munich on the East River (September 29 to October 8) and Oktoberfest Under the Manhattan Bridge (October 6 and 7). You can’t go wrong in the Big Apple.

Little Wisconsin city La Crosse does Oktoberfest (September 28-October 1) with a little hipster flare. You’ll find both craft beers (130 varieties!) and the traditional German brews. But even better, a 4-day pass costs only $10 and beer tickets cost $3.50 apiece. You won’t find a lively fest with prices this good!

Just about 1 million party people head to the Ontario sister cities of Kichener and Waterloo for the 9 days of Oktoberfest fun. Among 40 events, there’s an official keg tapping, traditional dancing, a 5K run and a parade. If this packed schedule is too overwhelming, stick to the festhalles (beer halls). There are 17, each ready to offer you a cold stein of beer.

There’s nothing like the original Munich Oktoberfest (September 16-October 3). There are also 17 beer hall tents on the Munich fairgrounds. So choose your drinking home base wisely; each has its own unique spin. The Pschorr-Bräurosl tent has its own yodeler, Armbrustschützen-Festhalle has a crossbow shooting competition and Ochsenbraterei is the place to start the party.