This Mobile Meditation Studio Is Bringing Mindfulness To The Masses 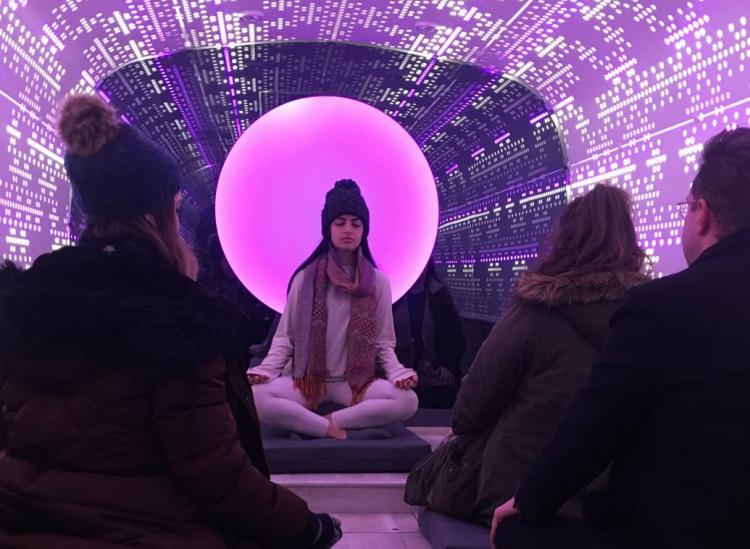 Urban dwellers — especially those in New York City — are particularly good at scheduling themselves so tightly and running themselves so thin that they barely have time to go to the bathroom, let alone think about self-care. But a new mobile meditation studio could help city folks finally change their ways and embrace a little mindfulness in 2018.

BE TIME, the aptly-named, innovative meditation studio doesn’t make use of traditional NYC real estate. Instead, CEO and founder Carla Hammond decided to renovate a retired tour bus and outfit it with everything you could possibly need for a zen meditation experience. We’re talking wooden floors, laser cut wall panels, chromotherapy lights, minimal yet comfy seat cushions, aromatherapy, soothing tunes and even soundproofing that keeps all of the city noise out of your personal space. 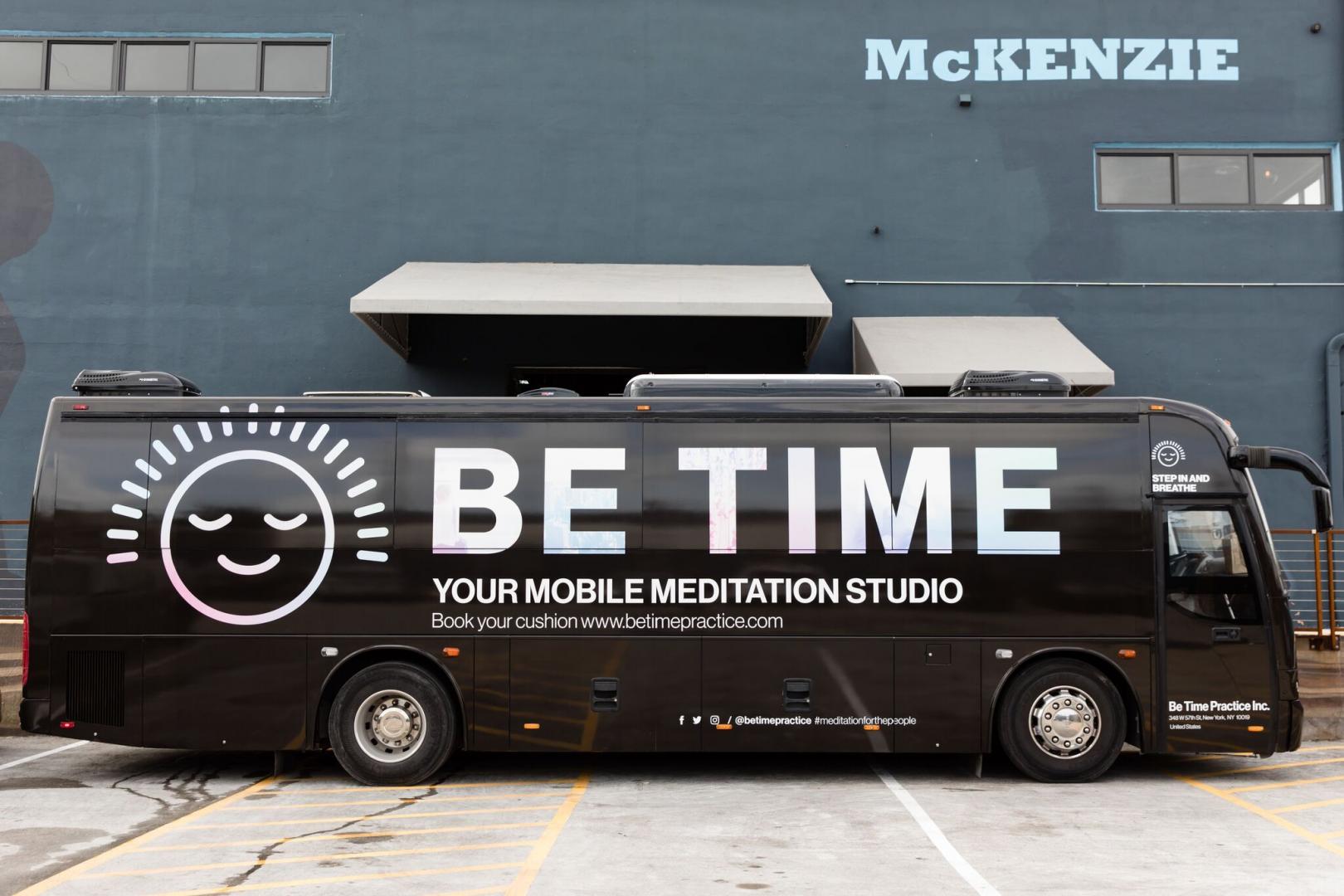 We got a sneak preview of the meditation classes that take place inside the BE TIME bus, and we were transported out of our commuter mindsets and into our own coveted calm space. In a matter of minutes, we totally forgot we were in a bus (even with the subtle engine humming beneath our pillows) on a side street in the heart of midtown Manhattan.

The best part of this studio’s design is, obviously, its ability to travel to people who are seeking its service. Hammond explained to us that there are plenty of company employees in the city that are requesting meditation classes as a work perk, yet their execs can’t justify the expense of dedicating any of their office real estate to the practice. However, if they were to outsource the classes to BE TIME, parking outside their high-rise during lunch hour, the business could keep costs reasonable and leave its employees feeling more relaxed and balanced at the same time.

Hammond has a similar vision for how she can reach schoolkids during break times, bringing her business within steps of the playground rather than leaving the education system to invest in meditation time on their own. If she sees success with this particular bus, she plans to expand her fleet and potentially go beyond the borough of Manhattan as well. 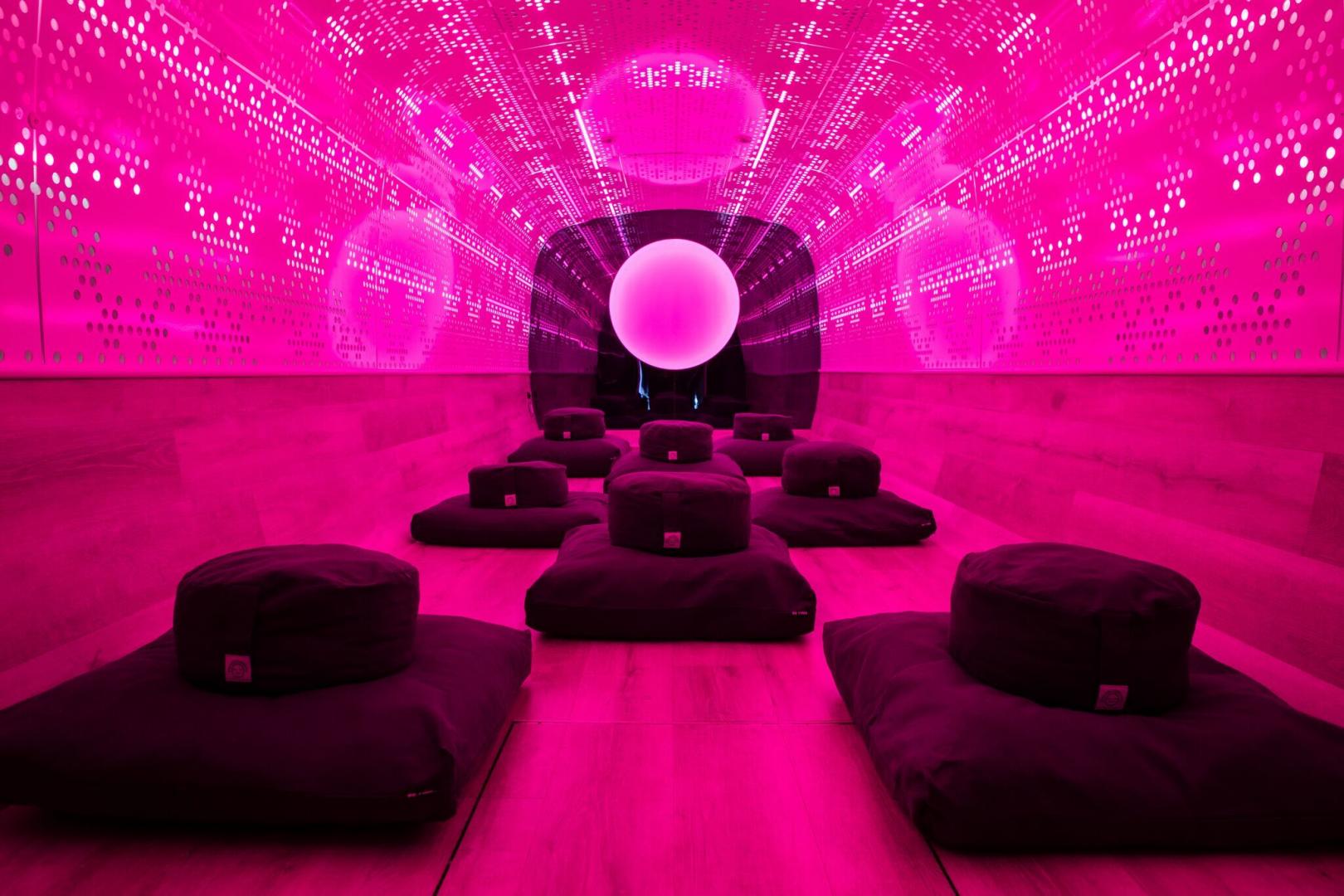 To commemorate the studio’s official launch, BE TIME will be offering free guided meditation sessions for local New Yorkers throughout the entire first week of February. The bus will be parked at different locations and at different times each day, so read closely and keep an eye on their Instagram for updates.

After its launch, first-time visitors only have to pay $10 for their first 30-minute session, and each subsequent class goes for $22 (which is still a steal compared to other meditation studios in the city). Students and seniors get the best deal, meditating for the reduced rate of $11.

Just knowing that the masses will have better access to meditation soon leaves us feeling all sorts of calm and collected.