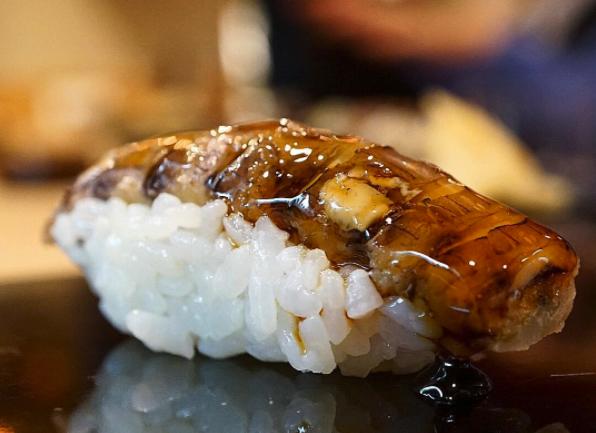 If there’s one job everyone lives vicariously through, it’s probably Anthony Bourdain’s. The world-traveling gourmand is an American chef, author and television personality who has developed a reputation as one of the most influential chefs in the world.

Bourdain has brought a whole new meaning to the art of food journalism with his CNN Travel show Parts Unknown. During each episode of the hourlong weekend series, Bourdain explores different cultures and their cuisines around the world that don’t usually receive the spotlight on American television. He’s fearless in his quest to understand what makes each culture so vibrant, even if it means going into questionable or uncharted territories.

So, where does the man who eats just about everything go when the cameras aren’t rolling? If you ask someone in the food industry to give you their favorite restaurant, chances are they’ll tell you the list is always changing, and with good reason. Bourdain has often said that if he had to choose his last meal, it would be at a restaurant in Tokyo called Sukiyabashi Jiro. He’s also repeatedly mentioned that out of all of the countries he’s visited, Japan is by far his favorite. In an article by Real Clear Life, Bourdain is quoted as saying, “Tokyo is deliciously unknowable. I’m sure I could spend the rest of my life there, learn the language, and still die happily ignorant.”

Sukiyabashi Jiro has a team of first-rate sushi chefs that have been trained by the eponymous Jiro Ono, an 85-year-old sushi master and the owner of Sukiyabashi Jiro. The 10-seat, sushi-only restaurant, which has three Michelin stars, is located in a Tokyo subway station and serves a tasting menu of around 20 courses. The total coast of the omakase tasting menu is 30,000 Yen (about $271.11 USD). Bourdain’s favorite meal is Ono’s edomae-style sushi. This style of sushi refers to the traditional Tokyo method of using fish from nearby waters around Tokyo Bay.

With edomae-style sushi, the fish should be eaten the moment it’s ready and when it’s “skin temperature.” Right before the sushi is served to the customer, it’s brushed with a single coating of nikiri (a broth of soy sauce simmered together with a sweet rice wine vinegar called mirin). At Sukiyabashi Jiro they serve the prepared vinegared rice based on your reservation time, so you can’t be late.

If you find yourself in Tokyo with a generous food budget, take Bourdain’s word for it and pay Jiro Ono a visit.