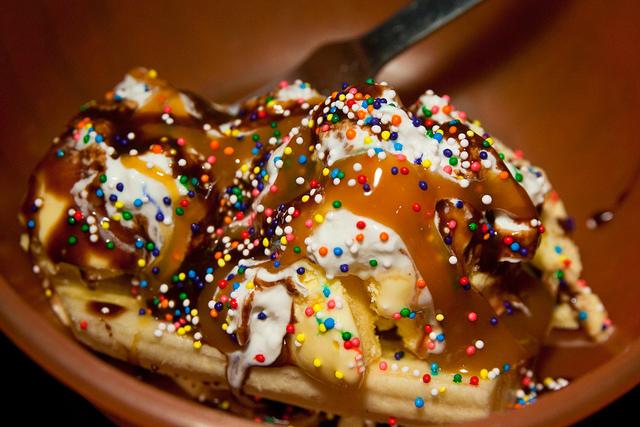 It’s all about the sundaes for two Michigan towns with a thirst for competition. Last summer, Michigan’s largest ice cream manufacturer, House of Flavors, set out to steal the Guinness World Record title for “longest ice cream dessert.”

The residents of Ludington, Michigan, teamed up with House of Flavors to successfully assemble a 2,970-foot-long ice cream sundae that broke the world record. Little did the people of Ludington know, the ice cream makers from Moo-Ville Creamery down in Nashville, Michigan, made an aggressive two-hour drive to spy on the competition. 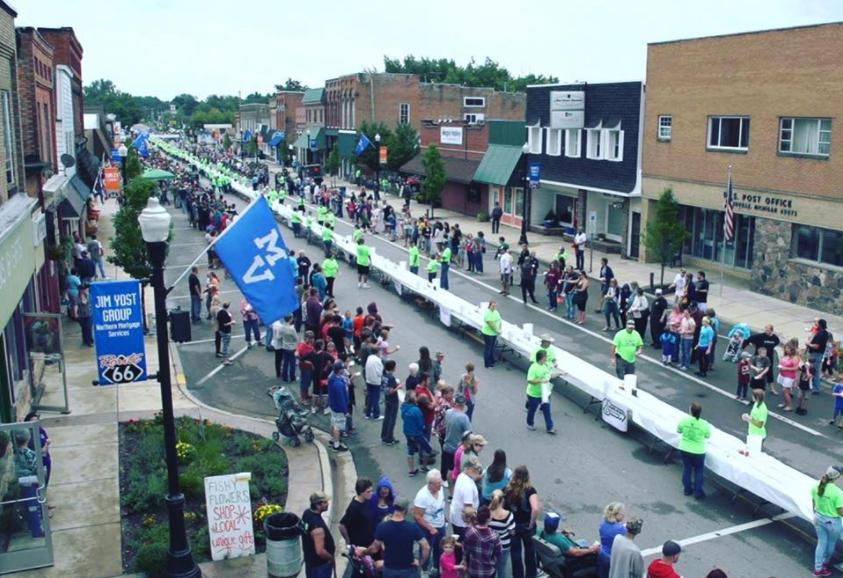 This is when the ice cream plotting began. Since there wasn’t a street long enough in Nashville to fit the lengthy dessert, residents built parallel sundae tracks. It took 864 gallons of vanilla ice cream, 36 gallons of chocolate syrup, 56 gallons of strawberries, 172 cans of whipped cream, 7,200 cherries, and 250 volunteers — plus a day and a half of churning — but Moo-Ville powered through and took the winning title for world’s biggest sundae from House of Flavors. The result was a whopping 3,627-foot-long masterpiece. May the ice cream gods be in favor of whoever takes on this sweet challenge next summer.