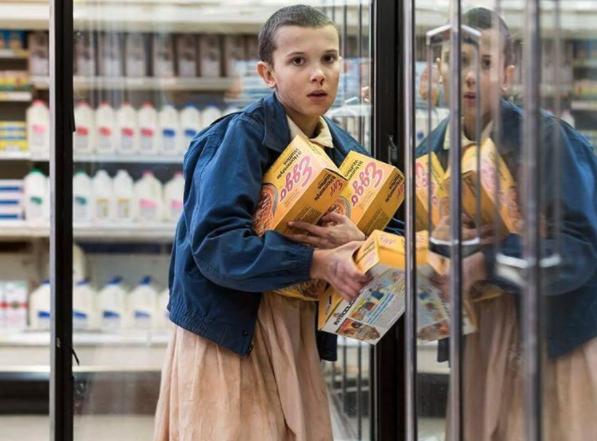 When Winona Ryder leads a cast, you know to expect the unexpected. The Netflix series Stranger Things is a sci-fi thriller with an 80s vibe, similar to The Goonies. The show follows what happens when a young boy, Will Byers, disappears on his way home from hanging with friends one night. Throughout the series, main characters disappear and secrets unravel as Will’s mom, Joyce (played by Winona Ryder), puts pressure on the discouraged police chief to investigate her son’s disappearance.

A mysterious little girl named Eleven (played by Millie Bobby Brown) comes along while Will’s friends are set on a mission to find him. Eleven introduces the boys to a supernatural, top-secret world and viewers learn about a terrifying, obscure creature (known as the Demogorgon) who needs to be destroyed. Along the way, family members of the boys become involved in the search to rescue Will. Even if sci-fi isn’t your thing, you probably made an exception for this one.

As we wait in anticipation for the second season, slated for Halloween 2017, here are 16 quotes that’ll reconfirm your obsession with the loveable Netflix thriller.

“Mornings are for coffee and contemplation.” — Chief Hopper

“Why are you keeping the curiosity door locked?” — Dustin

“You shouldn’t like things because people tell you you’re supposed to.” — Jonathan

“If anyone asks where I am, I’ve left the country.” — Mike

“This is not yours to fix alone. You act like you’re all alone out there in the world, but you’re not!” — Joyce