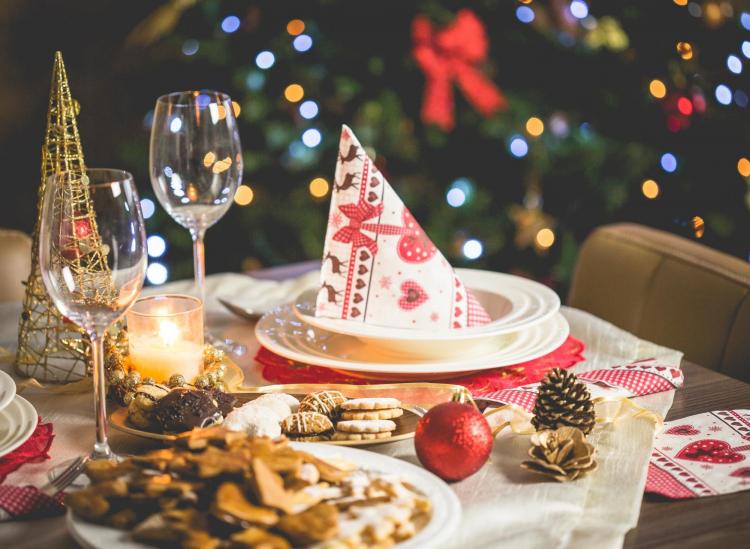 The holidays call for cutting ourselves some slack and indulging in all of our favorite festive foods. But many of the traditional holiday dishes like cookies, ham, mashed potatoes, mac ‘n’ cheese and various casseroles aren’t typically vegan-friendly. So those leading a plant-based lifestyle are often forced to choose between ditching their vegan diets altogether for the holidays or sticking exclusively to the (often less exciting) vegetable dishes at the holiday dinner table.

Luckily, with a little extra effort, you can take classic meat and dairy-based holiday dishes and give them a vegan twist without losing all the flavor in the process. Here are six festive recipes that use vegan ingredients in staple Christmas dishes. 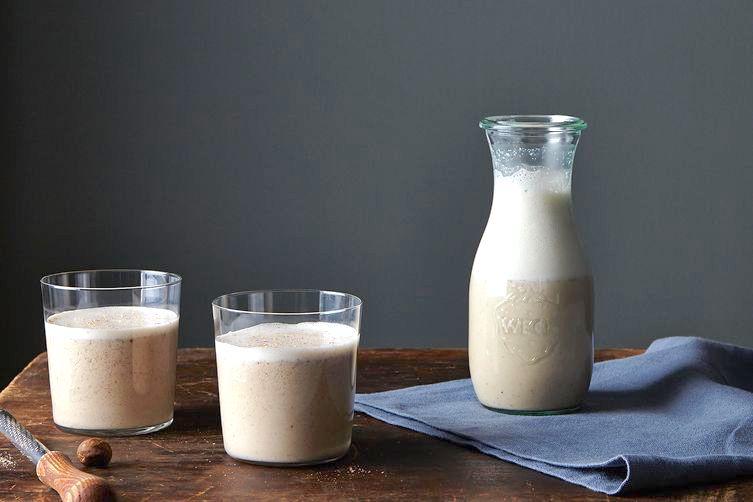 Whether you like it boozy or extra sweet, you can’t really have a holiday party without this creamy beverage, and this vegan eggnog recipe from Food52 is perfect for your plant-based and dairy-free friends. It swaps out cow’s milk for full-fat coconut milk and adds dry cashews and dates to the traditional recipe. You can spike your eggnog by adding bourbon or rum, or nix the alcohol and keep it sweet and simple. The only kitchen appliance you’ll need to make this creamy holiday beverage is a blender. 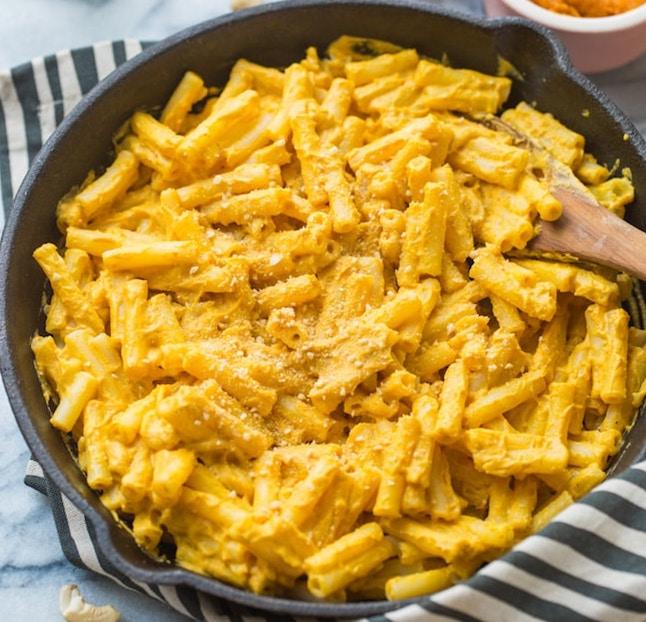 Our cravings for mac ‘n’ cheese tend to increase around the holidays. Sadly, those of us who lead a vegan or dairy-free lifestyle seldom get to taste this dish when it’s on the holiday table. That’s where this Vegan Pumpkin Mac ‘N’ Cheese recipe from A Saucy Kitchen comes in. It nixes the milk and cheese from traditional mac and swaps in pumpkin puree, cashews and nutritional yeast. It’ll only take you 10 ingredients and 20 minutes to make. 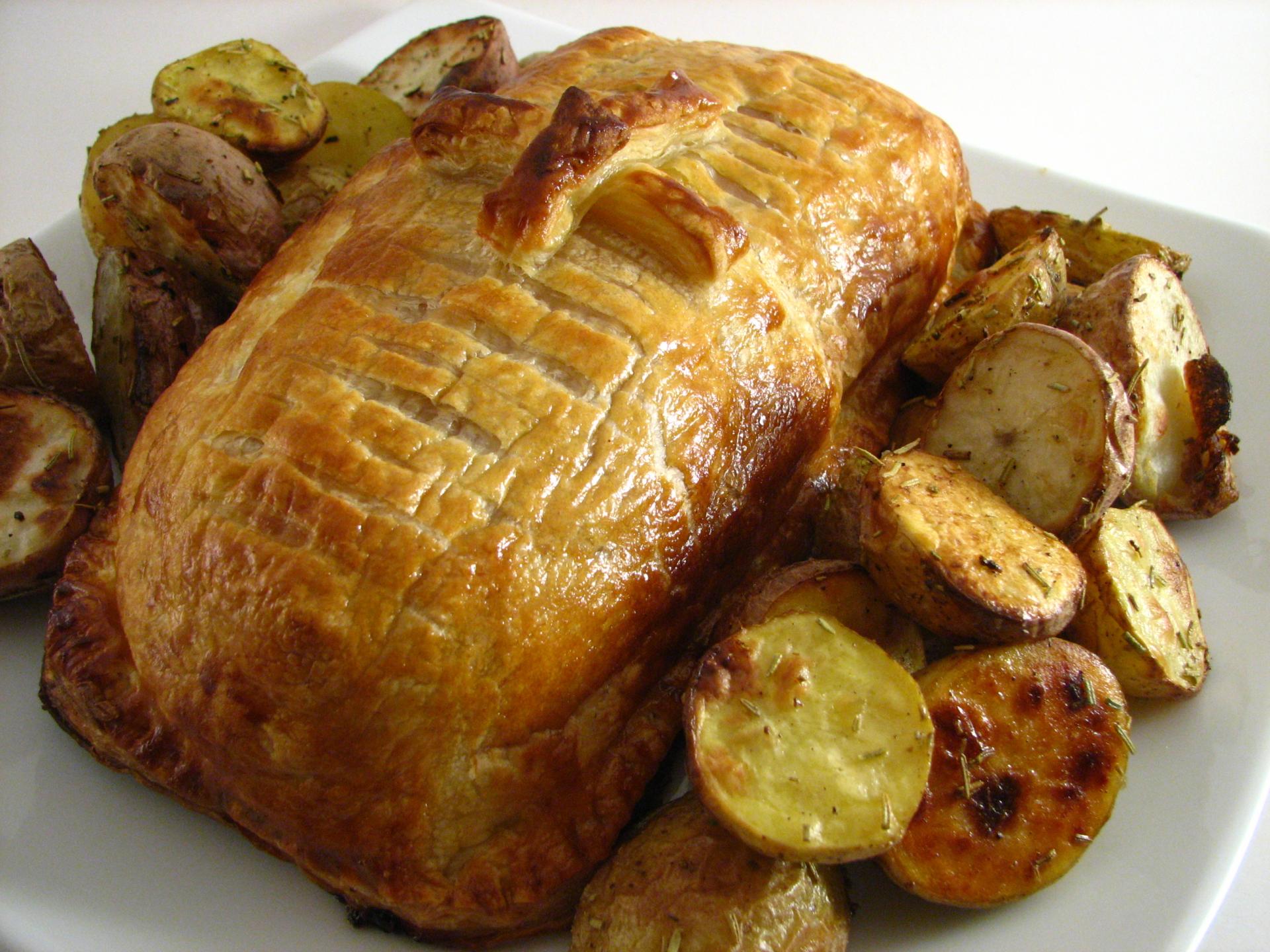 Just because you’re living that plant-based life doesn’t mean you have to forego the centerpiece on the Christmas Eve dinner table. While holiday tradition typically calls for a Christmas roast made with roasted ham, lamb or pork, this Vegan Christmas Roast Wellington recipe from Avant Garde Vegan is equally as festive and delicious as the real deal. It’s made using a bunch of veggies and fruits, including leeks, onions, dried cranberries, dried apricots, chestnuts and oranges. It’ll take you about three hours to make a portion size that’s big enough to serve six to eight people. 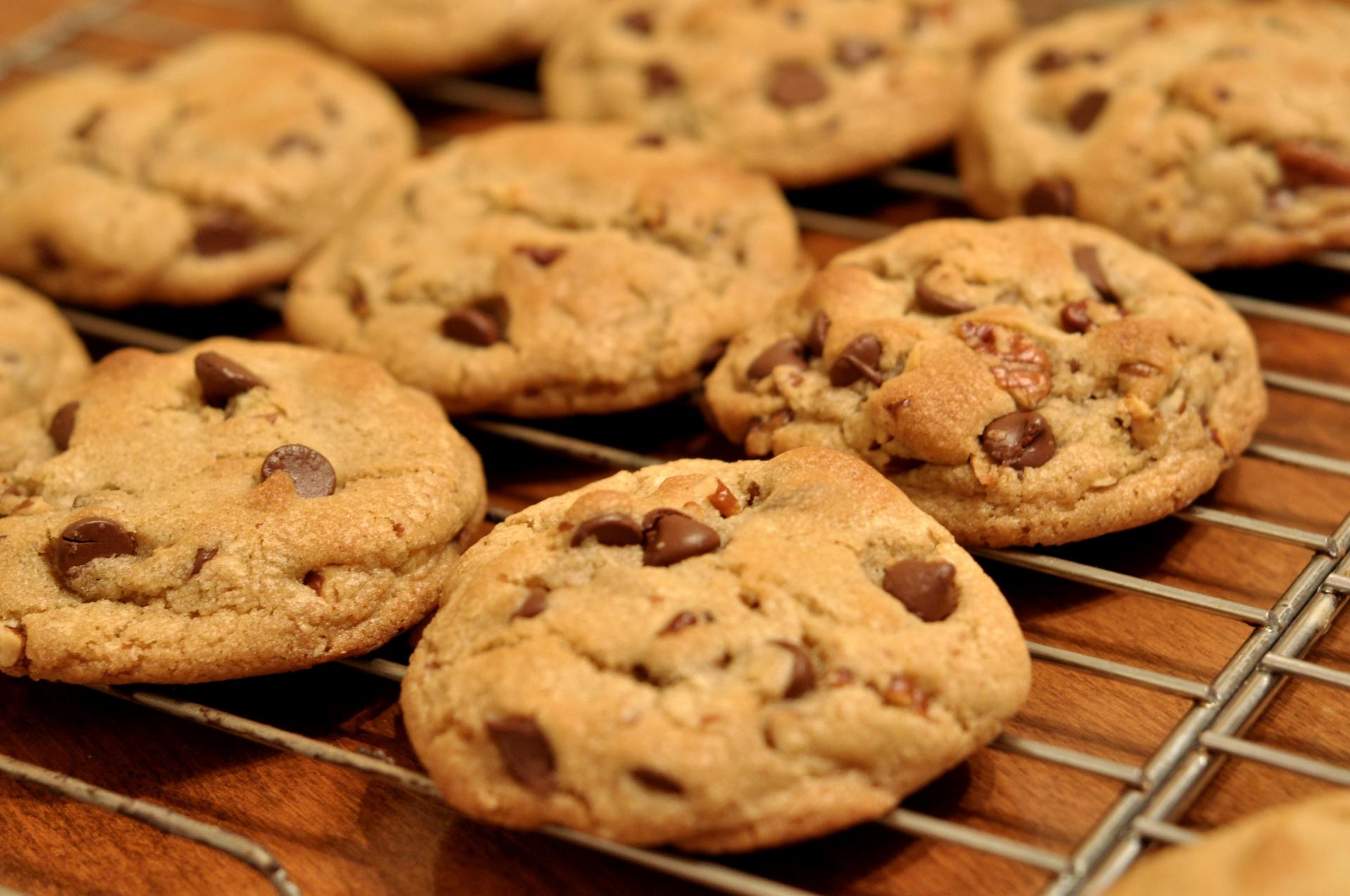 Baking a batch of chocolate chip cookies is a surefire way to satisfy the cookie cravings of the majority of your holiday guests, and now you can now add your vegan and gluten-free friends and family members to the list of satisfied guests by opting to make this Vegan, Gluten-Free Chocolate Chip Cookies recipe from Minimalist Baker. The star ingredient of this cookie recipe is aquafaba, an ingredient that’s typically used to substitute egg whites in baking. Other ingredients include almond flour, vegan dark chocolate chips, coconut oil and vanilla extract. You’ll also learn how to make a gluten-free flour blend from brown rice flour, potato starch and tapioca flour. 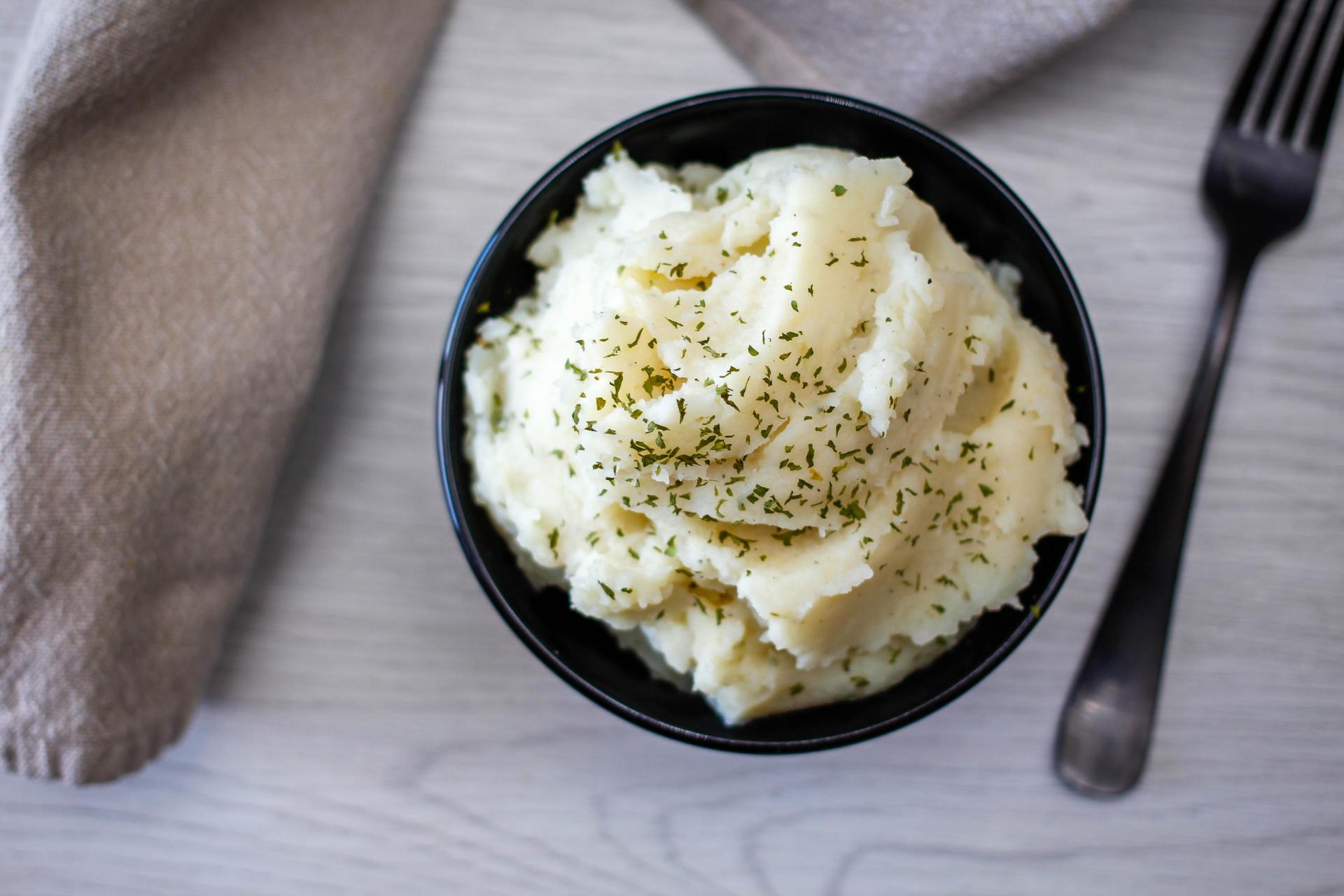 Although classic holiday mashed potatoes are made with heaps of milk and butter, you can appease your plant-based friends by making this vegan take on the traditional recipe. It’ll only take you 15 minutes to prep these Vegan Roasted-Garlic Mashed Potatoes from the Food Network. You’ll need Yukon gold potatoes, unsweetened almond milk (or another cow’s milk alternative), chives, garlic, olive oil and salt. 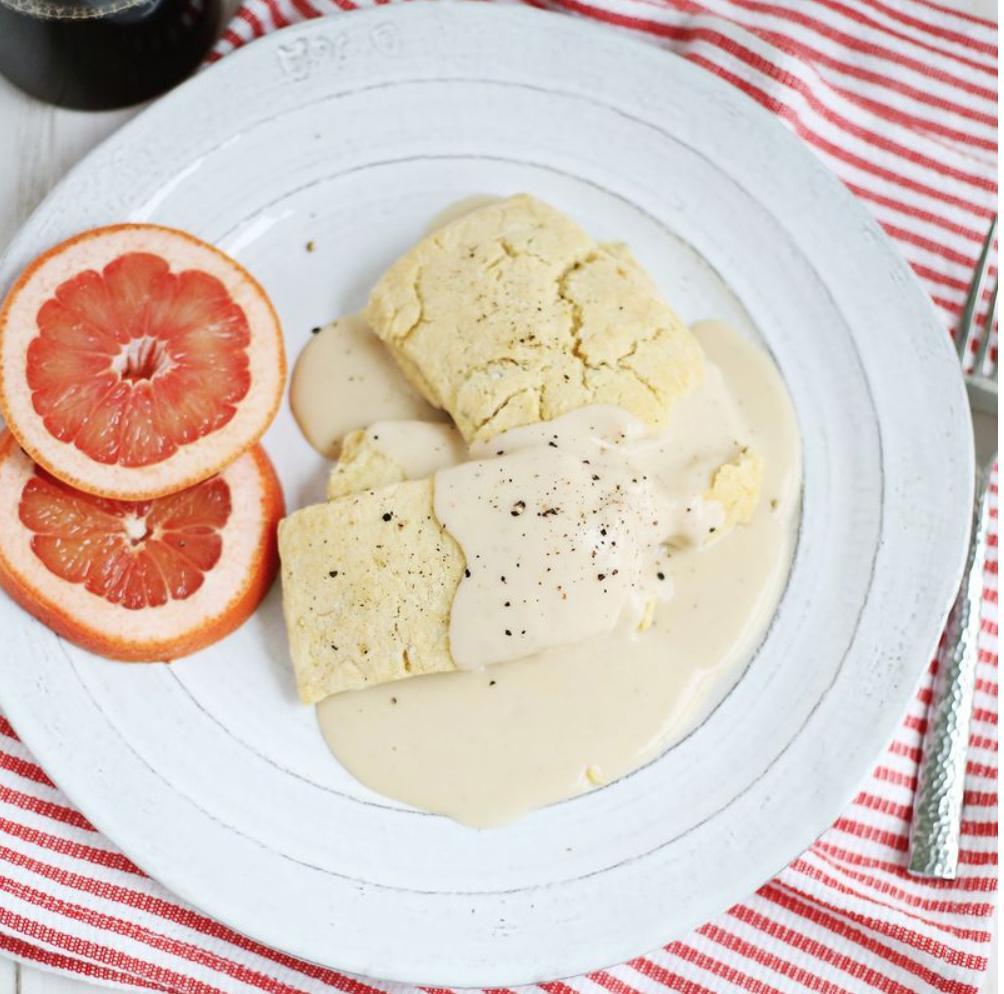 You’ll often find biscuits ‘n’ gravy on the holiday dinner table. But if you’re vegan or dairy-free, chances are that many years have gone by since you’ve had a chance to enjoy this staple side dish. Luckily, now that you have this Vegan Biscuits And Gravy recipe from A Beautiful Mess in your back pocket, you’ll be able to enjoy this tasty treat this holiday season. The vegan gravy still has that “meaty” and “creamy” quality of the real deal and is made using shiitake mushrooms, vegan butter, soy sauce, almond milk and vegetable stock, among other ingredients. For the biscuits, you’ll substitute cow’s milk and butter with almond milk and vegan butter.

Here’s How You Can Make The Perfect Vegan Birthday Cake

Why You Should Go Vegan With Your Skincare