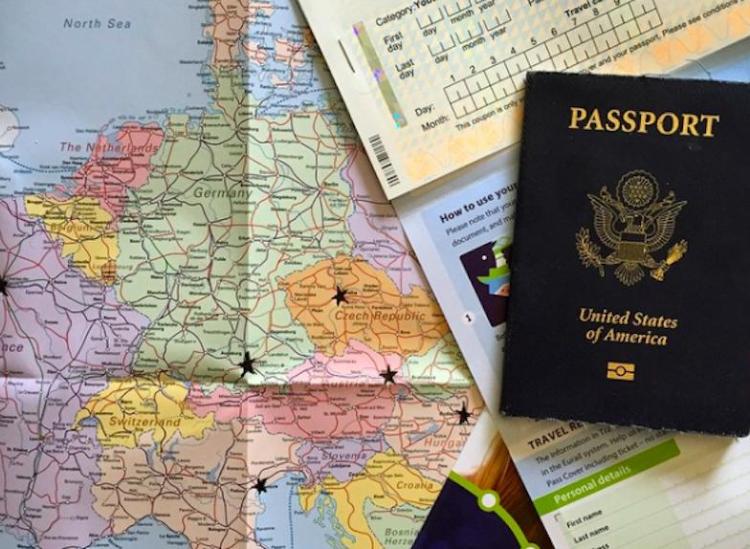 Hello, I’m Libby. Libby is on my business cards, email address, every social media account I manage and all of my bylines. But my passport says Elizabeth. And since I’m an idiot on occasion, I booked an international flight under Libby.

This is what happens if you do that.

If you’re me, you don’t notice at first. It wasn’t until my turn in line at the London Heathrow Airport transfer desk, boarding pass in hand, that I realized I might not be allowed onto my flight back home. Some airlines allow for name changes (at a cost, of course); some make you buy an entirely new ticket.

My passport and boarding pass were flagged at the beginning of my trip as I attempted to take advantage of a complimentary bag check on my way from London to Budapest. I was thrilled at the prospect of dropping my heavy pack and carrying nothing until landing. But I was blindsided when the friendly, patient airline representative gently asked me whether I realized my ticket read Libby while my passport did not. My stomach immediately gripped into a boulder-sized knot and my jaw tightened in panic.

“It doesn’t really matter when you’re flying somewhere like Budapest,” she told me. “But you might have trouble getting back into the U.S.”

The United States has some of the most stringent border control rules of any country, with signs posted in airports around the world warning travelers to expect delays going through American customs or additional screenings before boarding a flight to the States. Even American citizens have been detained in airports for hours, made worse by the Trump administration’s travel ban blocking travelers from eight countries coming to the U.S.

(There’s a lesson somewhere in here about how intense American TSA is upon entering the country, especially for people of color, but how little they care about the twenty-something white girl leaving it. My legal I.D. and ticket also did not match on my flight out of New York.)

My helpful new friend handed me a card with a customer service number. Call so-and-so, she told me. But she added, “I’m not sure how much it will cost.”

In July, Travel and Leisure reported that a simple name mixup cost one traveler $1,000. It was an easy mistake: The ticket swapped first and middle names. But because the ticket was booked through a travel agency, it had to be completely canceled and rebooked. We all know how international flight prices creep up as you get closer and closer to your departure date; you do not want to be stuck buying a day-of, long-haul ticket.

A recent story shared by The Points Guy shared a cautionary tale of travelers losing tens of thousands of airline rewards points for the same reason. Their ticket and passports didn’t match precisely. Honeymooners also frequently face this issue. If you choose to take your spouse’s last name, begin the legal process to change your name long before you plan to leave the country (getting a new passport alone takes four to six weeks). It seems super romantic to have tickets under your new shared surname until you’re stopped at passport control. Your passport must match the ticket.

So after some fervent online research from my phone in the airport and later on the shared desktop computer at my hostel, I was obsessively checking my bank account. A last-minute flight from London to New York would throw my budget into chaos for months. Even some of the fees were mighty inconvenient.

RyanAir charges travelers $130 to change names online and $190 at the airport. Norwegian Air name changes cost $70 for short flights and $130 for across-the-ocean trips, plus a $25 service fee if you do so by phone or in the airport. On an American Airlines flight, you could pay anywhere from $50 to $700 depending on your route and type of ticket. As a general rule, the earlier you can catch the mistake, the less you’ll pay. (Many airlines also have a 24-hour cancellation period after booking. Carefully check all your info during this time and you can cancel and rebook without penalty.)

Or if you appear very forlorn and have some good travel karma on your side, you might be able to make it happen for free.

With my vacation over, I returned to the customer service desk in London and told the man at the desk about my predicament. He was about my dad’s age and clearly had no idea what to do with me. He summoned his manager and I crossed my fingers. When the manager appeared, I relaxed just a tad as the other man filled him in.

“I bet only your mum calls you Elizabeth,” the ginger-bearded security manager joked. He was either completely unconcerned about my predicament or displaying some of that dry British humor I’d always heard so much about. “She probably only calls you Elizabeth when she’s mad at you.”

I smiled up at him — you’re just so funny and clever and charming, Mr. TSA Man — and handed him every piece of identification I had on me: passport, driver’s license, credit card, debit card, college student I.D. and library card. My name is Elizabeth — see the proof?

Always travel with multiple documents saying you are who you say you are, explorer friends. You never know what could go wrong, what could be lost or stolen, or what extra questions you might be asked at a border.

“I have stuff that says Libby, too, if that would help show that I’m both,” I offered, so eager to provide any and all evidence that would get me home. But he told me to keep the business cards to myself so he could report a nice, clean record of only Elizabeth documents.

He scrawled an unreadable note on my boarding pass and that was that. I thanked them both, gushing, beaming. They were my heroes of the day.

“You’re American. We can’t really keep you here,” the airline rep said, popping my burgeoning bubble of pride in my flirting skills. I could no longer say I’d sweet-talked my way onto a plane, super-spy style. I’d just weaseled my way out of a fine. But hey, I’d still take it (with a side note in the form of a giant privilege check).

Eight hours later, back in NYC, I smoothed the slightly crumpled LDR to JFK boarding pass and stuck it in my travel journal. My only (hopefully) airplane ticket that will ever say “Libby Ryan” is now its own type of treasured souvenir.

Do you also use a nickname in every aspect of your life except your passport? Do yourself a favor and turn off the auto-fill information function in your internet browser. That way, no nicknames can slip through by completely preventable accident.